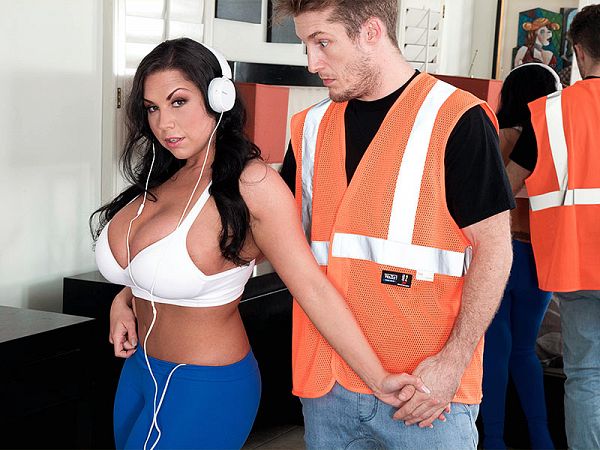 It’s Brick’s lucky day in every way when Sheridan Love goes jogging past him. Sheridan’s big tits in her tight tank top are bouncing like crazy as she goes for her morning run. When she zooms past the road worker, her wallet drops in front of him. He tries to call her after he picks it up but she has her ear buds in and can’t hear him so he runs after her. It’s normal for guys to chase curvy Sheridan so no one else thinks it’s unusual.

Let this be a lesson to every man about the benefits of helping out beautiful bra-busters without thinking of personal gain. You just may find yourself on the receiving end of their lips, tits and wet pussies in gratitude.

Sheridan was voted Hardcore Performer of 2015 and she’s a candidate again for 2016. She’ll be giving her fellow candidates a race for the title.